As promised, we bring you today an update on our progress for Mists of Pandaria, and what the future holds for us.

As for the beautiful new zones in Pandaria, our developers have started working on two of them that are a bit more dangerous to adventurers: Townlong Steppes and Dread Wastes. There is still a lot to finish, but progress has been moving swiftly, for example the majority of quests in Dread Wastes have been already implemented. The Wandering Isle is now also almost complete. Furthermore, our developers have been working on updating the old zones with the minor changes that were brought by the expansion, such as adding Monk trainers and battle pets.

We have also been asked about one zone which was changed throughout the expansion: Vale of Eternal Blossoms. This zone was heavily changed in patch 5.4 due to the actions of Garrosh Hellscream, but the problem we faced was that the terrain of this zone was changed by Blizzard in a different way than what some of you might know from later expansions. Therefore we had to resort to a unique solution, and that is we had to modify our client to gain access to the original terrain files. This means that, although this zone is still in progress in terms of spawns, quests, events, etc., you will already be able to experience its unique terrain in all its glory before it was destroyed by powers of Y’Shaarj.

Now for the player classes: We have already managed to implement more than a half of them, for example the Priest which we have talked about last time is almost ready as well. Currently, we are working on another two classes: the Shaman and the Druid. Class quests were also updated to the new expansion. We are also constantly improving our spell system and all other player related mechanics. Recently, we’ve updated our Strength to Parry and Agility to Dodge conversions and corrected diminishing returns for avoidance statistics, so that our players may enjoy tanking specializations to their fullest extent.

Considering the new instances added in Mists of Pandaria, our work on Mogu’shan Vaults is still continuing. Our developers have so far implemented the first 5 bosses of the raid, and only the Will of the Emperor is remaining. We have also prepared a few more fixes pertaining to LFR, and a feature related to instance resets: the players will be notified before a reset, and teleported away when it happens.

Of course, there are a lot of other features that have been implemented, but we won’t list all of them. Some notable ones include personal loot, a feature that has been present in WoW since Mists of Pandaria. We’ve also taken a look at party/raid UI and made some fixes for issues also present on our Cataclysm realms. Additionally, Inspect now also works for players that are located farther from each other when in a group, even on different maps.

Now, as promised, come the news related to the first PTR testing. The first PTR will be launched on the 25th of September during evening hours. We expect it to be time-limited, and not 100% stable at this moment, as a lot of the core systems have been modified and it is possible some of the bugs and crashes will only become apparent during the public testing. We plan to have several of these launches in the future, depending on what will need to be tested.

The Mists of Pandaria bug section on TwinHead will be opened as well, ready for your reports. However, please be aware that all bugs that you find will require all the necessary details, as always, such as the expected behaviour and the proof. We will also maintain a few global reports for known issues.

Other information relevant to the current testing period, as well as the client available for download, will be added here. 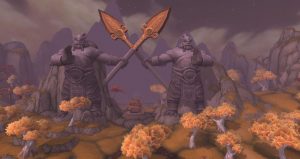 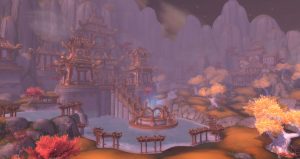 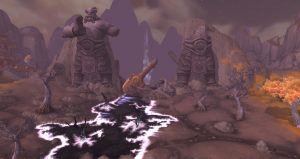 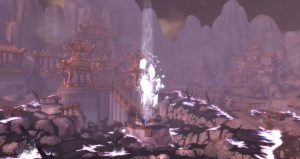